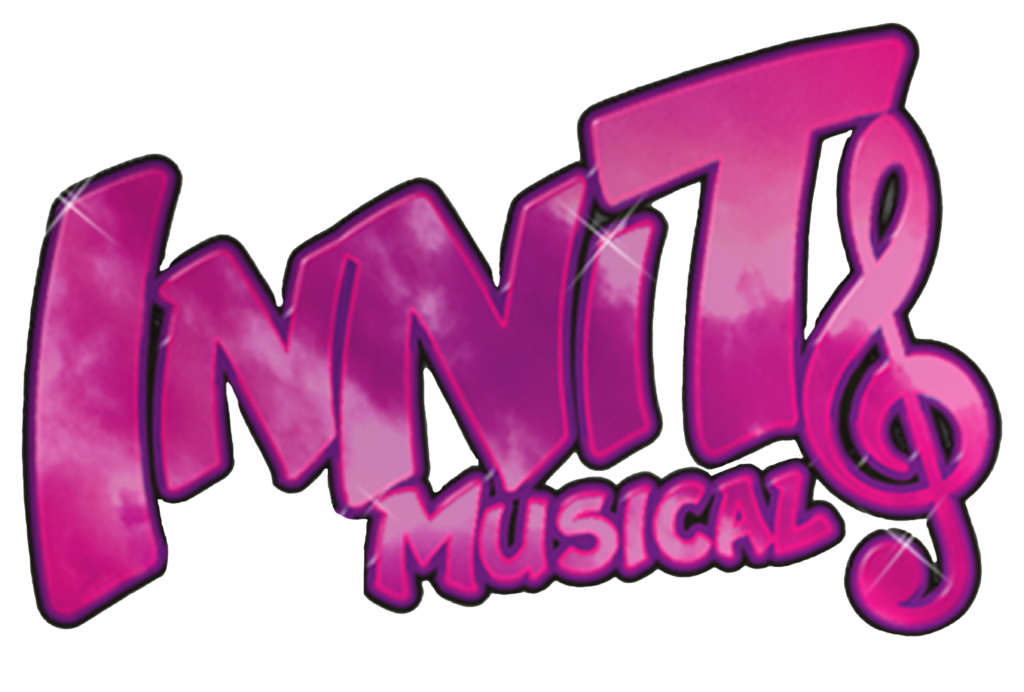 ‘Innit’ is a hard-core tale of triumph in the face of adversity.

Set in Salford – one of the most deprived cities in England – and based on real life, ‘Innit’ revolves around teenager Ashley Thomas.

Against the backdrop of a Salford council estate, the story introduces the audience to Ashley and ‘The Scallies’ who, whilst being prominent antagonists throughout the play, bring hilarious comedy through their characters, shadowing the overriding darkness of the setting and story.

The plot explores Ashley’s issues and frustrations, having been born into a dysfunctional working-class family, with an alcoholic mother who struggles to keep Ashley’s violent and criminal father at bay.

When he returns home one day to find his mother annihilated, clutching a letter with his name on it, he can’t help but satisfy his curiosity.

He opens the letter and it’s from his dad.  He’s unaware that his dad’s visited and knocked his mum out; but he’s too angry to even think about that.

Instead, he has a huge argument with his girlfriend, Stacey, and he storms out of the house, where he meets ‘The Scallies’ who wind him up even more.

Overcome with anger, he finds himself caught up in organising a robbery, during which he’s framed for stabbing the legendary music manager and shop owner, Johnny King, landing himself a prison sentence.

In prison, Ashley’s introduced to music and has an opportunity to learn the guitar, which he’s always wanted to do.  This gives him an outlet for hope and helps him to realise the error of his ways.

However, his turmoil is intensified when he’s visited in prison by Stacey, who’s now pregnant.  She tells him that she’s considering having an abortion and this tips Ashley over the edge. 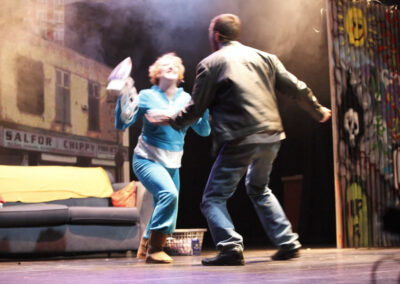 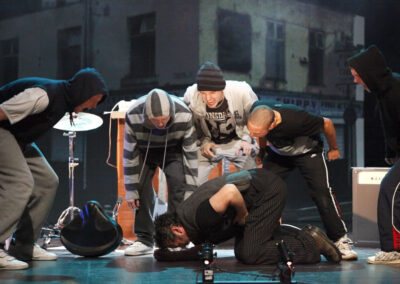 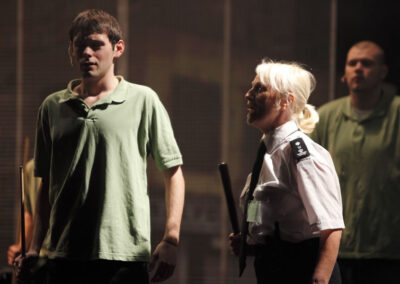 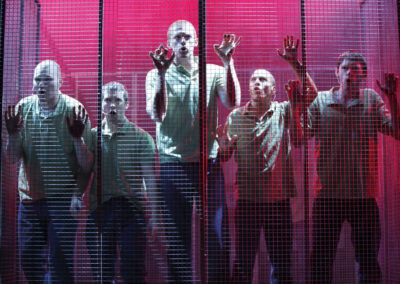 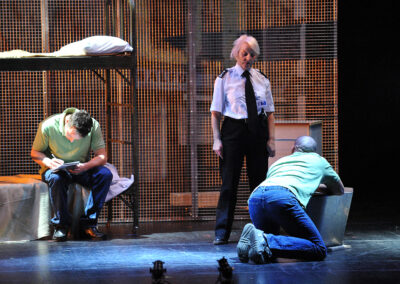 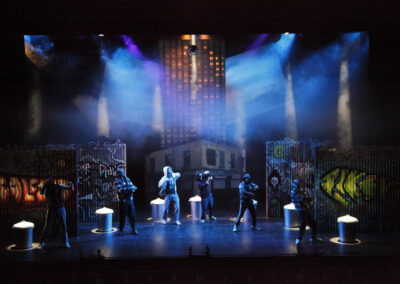